Garrett had a much better night. He was moved to a single room yesterday which made it possible for Liz to have a fold out bed, so they both had a better night. 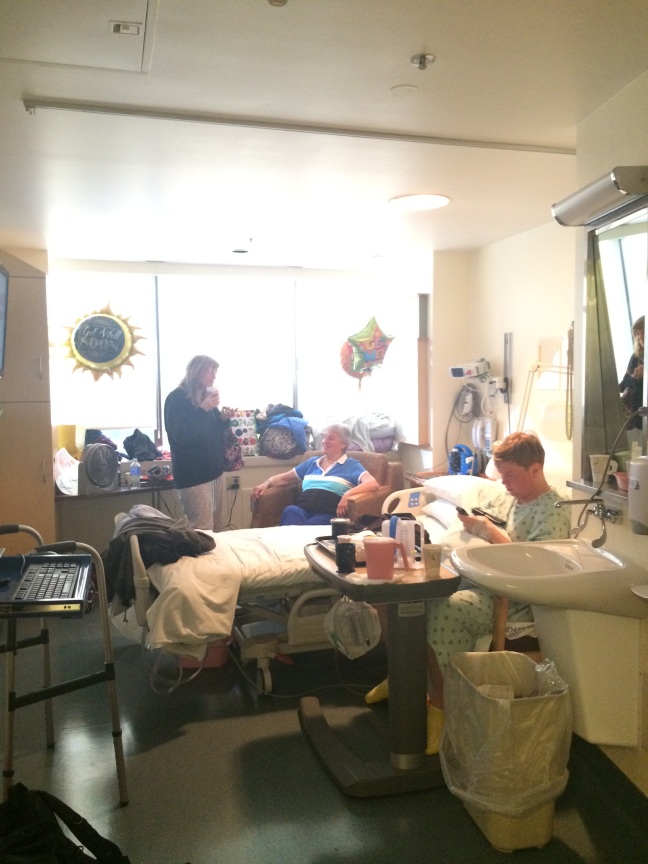 Garrett’s blood pressure has been high so they’re watching that carefully and have given him both intravenous and oral medication to control it.

He’s got several goals today, including taking in solid food.

He says he feels ok. His biggest pain is the gas that’s trapped in his body left over from the procedure they use to expand the surgery site to make it easier for surgeons to maneuver.

So we need more walking for that gas to work it’s way out.

Jerran passed gas like a champ all night. He’s never been so proud! UCSF staff keep telling us they celebrate it around here! Surprised that didn’t make the news.

We’re hopeful Jerran will go home today, but probably not too soon. It’s almost 10:00 am and the doctors haven’t rounded on him yet so we’re just focusing on walking and he’s just cleared for solid food so he’s getting ready to order up a little something.

Don’t scroll down if you don’t want to see Jerran’s incisions. But some of you might be interested in what it looks like after donating. There are extra markings, but the incisions are four small horizontal cuts in an “L” shape down his  left side, then a bikini-line horizontal incision right across where you see the top of his pajamas.