Garrett has done 14 laps walking around 9 Long at the UCSF Transplant Unit. What an overachiever!

They took his catheter out and are monitoring his urine output. He’s finishing up his last IV meds and will transition to pills.

Garrett’s brother Trevor got in late last night from Kansas, where he was able to leave the police academy there just for the weekend. Friends picked him up at the airport and delivered him to the hospital where he saw his baby brother for the first time, dialysis-free.﻿﻿

Garrett’s other brother Justin will arrive tomorrow from out of state. 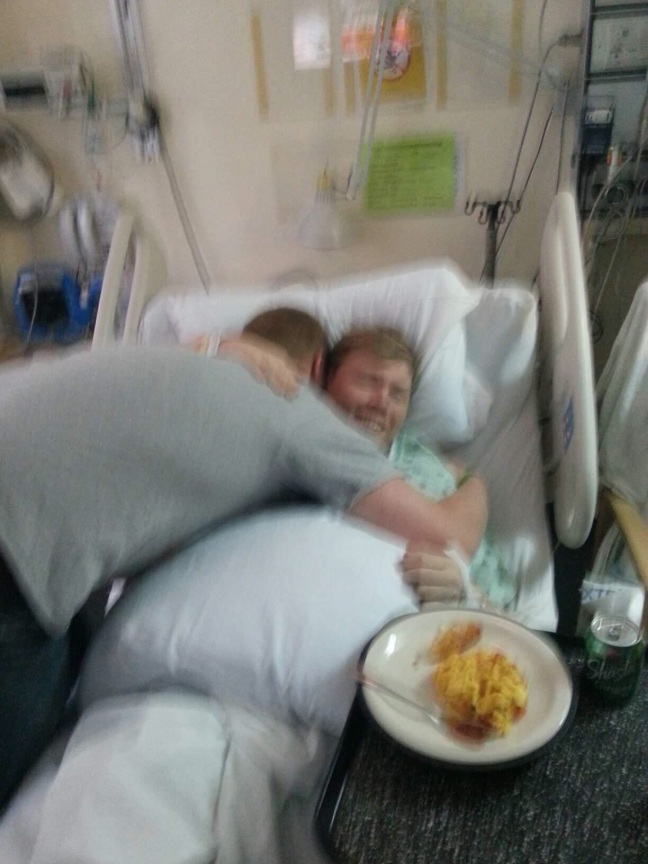 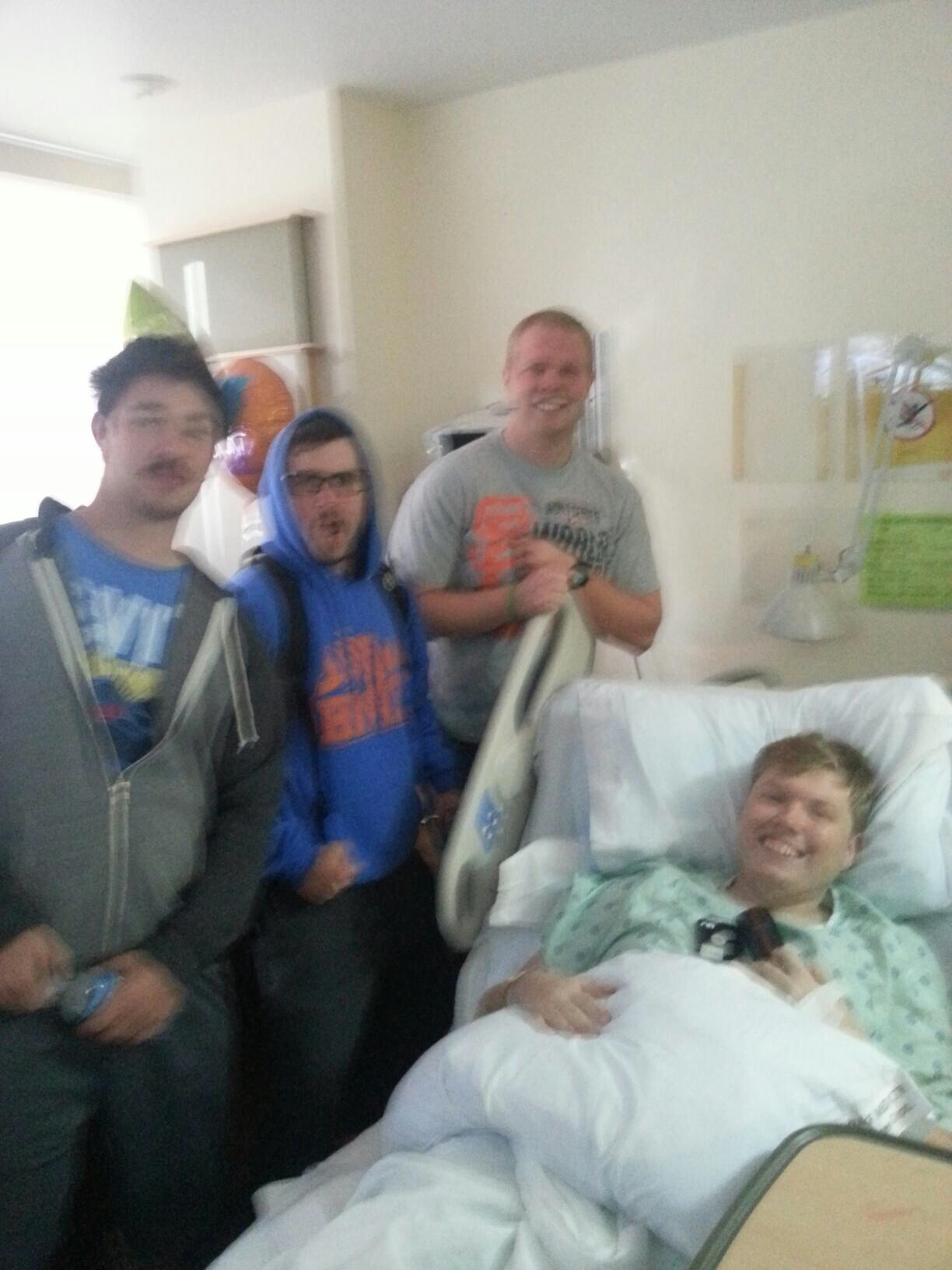 Jerran had a pretty good night at home. There was the initial pain and panic of getting into a regular bed, not set up to make it easier on patients like at the hospital. But he’s worked out the right strategies and pillow support and is doing great. He enjoyed three hours of deep sleep at a time throughout the night, waking to his one kidney telling him it was time to use the bathroom again. Eventually that will go back to normal, which for a 48 year old man is probably not much different than this!

He’s got his appetite back, but is taking it slow.

This morning he FaceTimed with Garrett and the Ramos family as they did their laps. 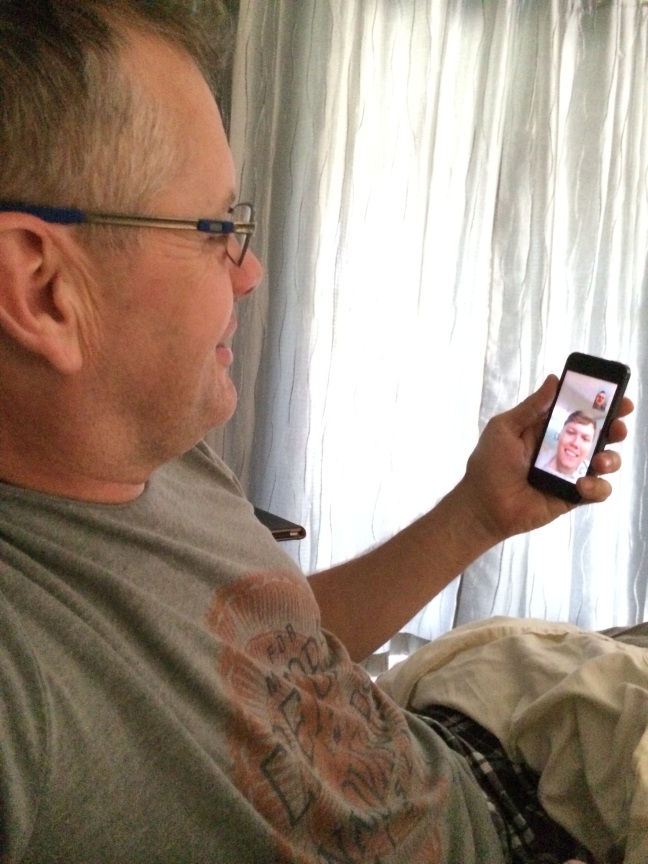 One thought on “Garrett on track to go home today!”