Today Jerran had his first follow-up visit and Garrett’s second visit at UCSF. Before we met with Elizabeth they had to do another round of blood test. Of course Jerran has a selfie… 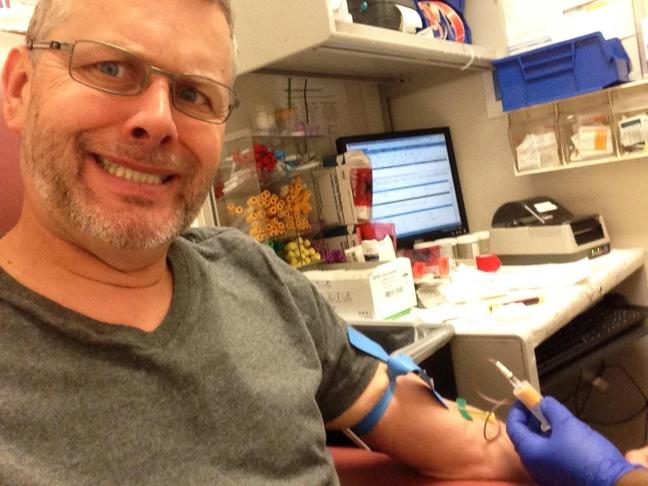 His phlebotomist wasn’t real happy with taking pictures but we all know Jerran — he is a rebel.

We then went up to the seventh floor to meet with Elizabeth.

Jerran was first in and everything was great. All his numbers in his blood tests were fine. He is healing good and he is off all of his pain medication.  He is officially done with UCSF.  He will meet with his own doctor in six months.

Garrett also had a good visit.  Everything seems to be on track with his recovery.  They are very pleased with his progress.  In fact, his next appointment is in two weeks instead of next week. The best news Garrett got was he can wake up every three hours to pee up from two.

We were then off to lunch at Big Mouth Burgers.   Jerran was very excited not only for the cheeseburger with a fried egg on it but for the Blue Moon beer he had with his lunch. 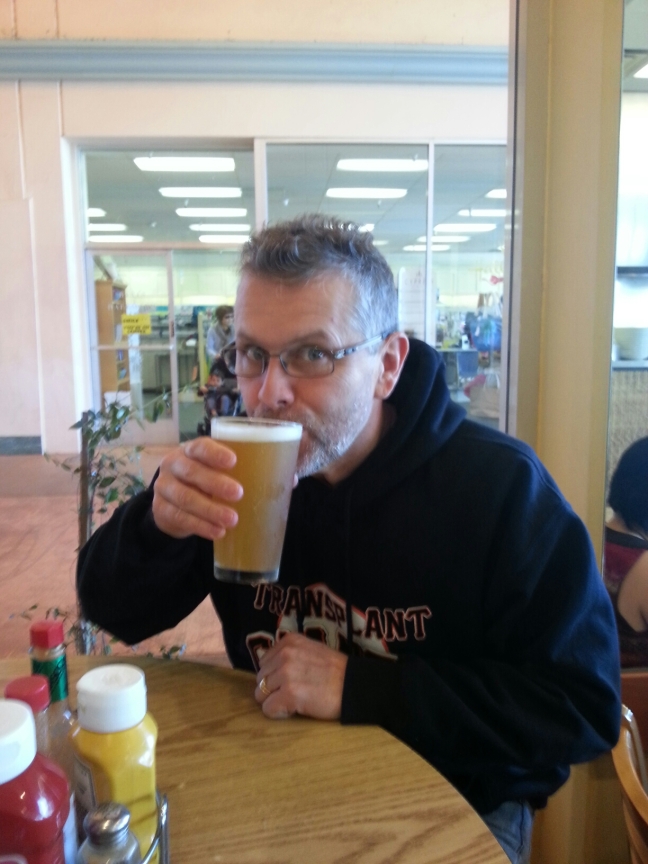 It has been exactly one month since he had his last beer.  Here’s to Jerran, a well deserved beer!! You have earned it.

One thought on “Clinic visit#2 with Jerran”